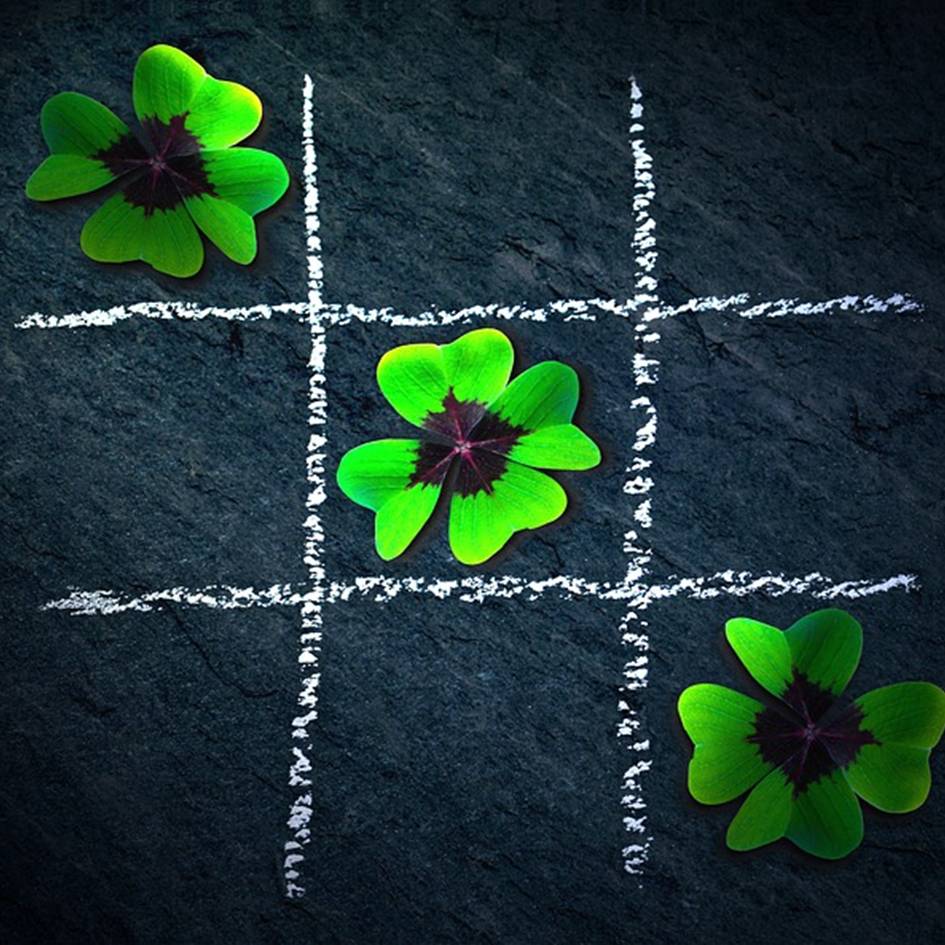 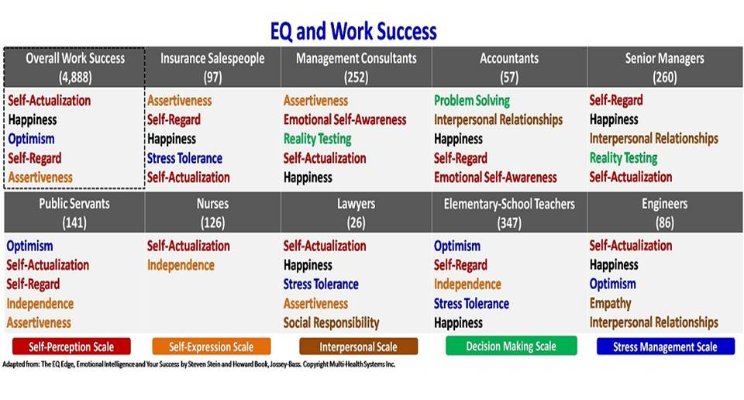 What does it take to be successful at work? This question prompted me to read The EQ Edge written by Steven Stein and Howard Book. While the book is organized around the 15 subscales (grouped in five scales) of the Emotional Quotient Inventory 2.0 or EQ-i 2.0(TM), I have found Appendix B: EQ and Work Success very interesting and would like to share extracted findings with you here. Please refer to the original text for a complete description of the research methodology and result.

According to Stein and Book, what follows is a brief summary of the first research in the world that uses a valid measure of emotional and social intelligence to explore this issue. These data were all collected by Multi-Health Systems (MHS) from people throughout North America. All were asked to complete the EQ-i and rate how successful they felt they were at their jobs. Some of the groups were smaller than others, and only data where statistical significance was found were reported.

Within each occupational group MHS presented the top five factors, in order of importance, for differentiating between the high performers and the low performers. Listed here are the five most important factors (if at least five were significant) for the whole sample of 4,888 working people and nine (out of 30) occupational groups. The numbers in parentheses indicate the sample size for each group.

After color-coding the five scales and 15 sub-scales as demonstrated above, it appears that the Self-Perception Scale (including three sub-scales of Emotional Self-Awareness, Self-Regard and Self-Actualization) is the most common scale for the entire sample and the nine occupational groups.

Looking forward to your sharing or questions.

(This article was also posted on LinkedIn by Stanley CHAK on June 14, 2016)